There are short ropes and endlessly long ropes

Ropes for bailing hay were above average, whereas hoisting ropes for lofts and scaffolds had to measure tens of metres in length. The little heated workshop which is set up at one end of the Eder rope works was enough for the production of calving ropes. 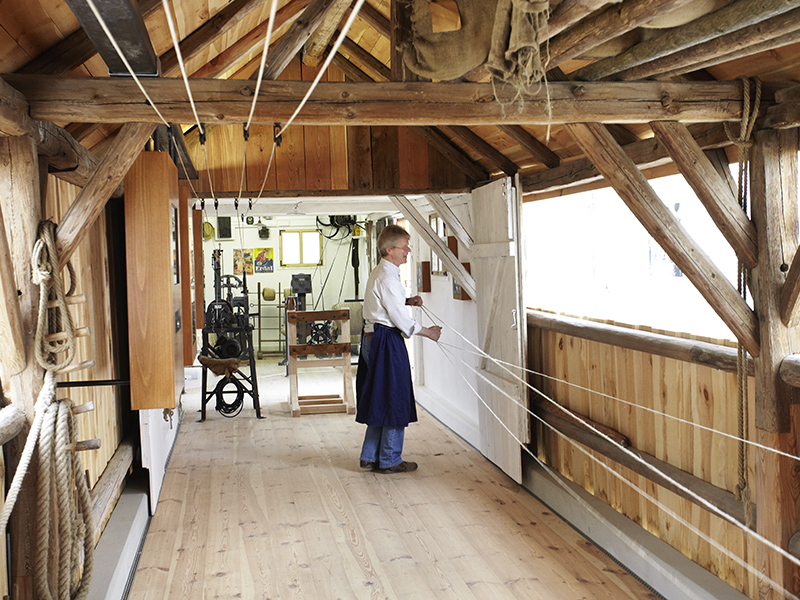 Making rope by hand was mostly conducted outdoors. Ropewalks were operated on sandbanks of rivers and in moats. A flat meadow or a stretch of road in front of the village was enough for a ropemaker in the countryside.
The rope works near the Marxensölde is enclosed on all sides, but it has large, originally unglazed windows through which abundant light enters. A narrow side of the building is provided with a gate so that long ropes can also be cut. So the rope works can be extended onto the road and out into the meadow. 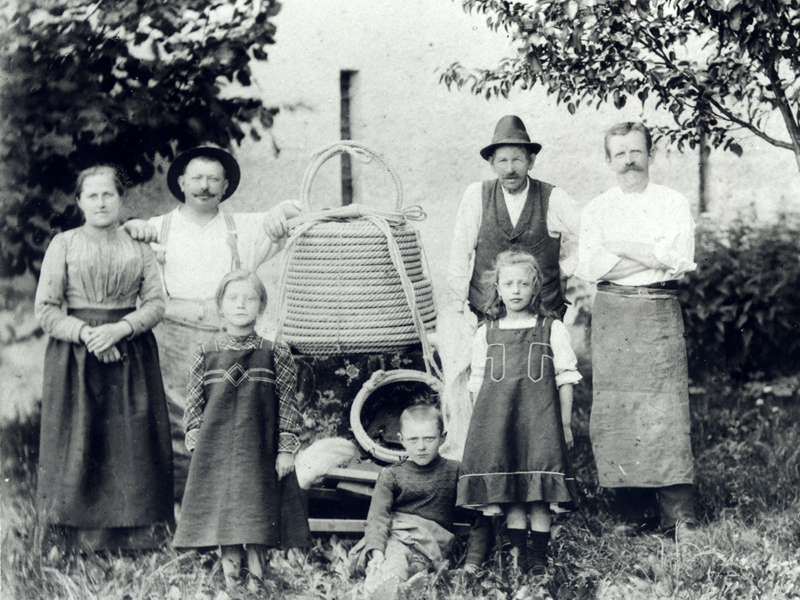 
The Eder rope works hut located on Seilerweg in Pfarrkirchen stood unused for decades, because the last master ropemaker died in October 1944 – built around 1924; transferred in 2010 – 28 metres long, only 3 metres wide.